I love music videos. When I was fourteen, after years of begging, we got Sky. From then on, I’d got back from school every day laden with snacks and settle myself in front of the TV to spend a few hours flicking through the music channels. MTV had stopped playing any music long ago, just Cribs and My Super Sweet Sixteen, so I’d start at MTV2 (alternative) and flick through every genre, every era, until I got to Channel U (grime). Then, I’d go back to MTV2 and repeat until dinner.

Thinking back, it’s probably why I like such a wide range of music. I’d have got the soul, Motown and rock from my parents, the punk, indie and electro from my friends, but there’s no way I’d love hip hop as much as I do. And I probably wouldn’t know every word to 21 Seconds or Heartbreaker.

Videos are different now, with the way we watch videos on YouTube, VEVO or even Instagram, but the basic principle remains - take music and add another dimension. It might be reinforcing the message, like TLC’s Waterfalls or the Sinead O’Connor video for Nothing Compares 2 U (Prince wrote it so I’m biased). It could just be giving the track it a little more energy, like a pre-beard Dave Growl or Busta Rhymes properly going for it right at the camera.

Then there’s a more arthouse approach that twists the message entirely, like Prodigy’s Smack My Bitch Up, or practically any Radiohead video. Or the ultra-expensive extravagance of 80s power ballads from Aerosmith or Guns’N’Roses, and any Michael Jackson video from Thriller onwards, where the million-dollar-budget was part of the selling point.

Rock Sound were kind enough to premiere our first video today. Now, talking about our video next to any of these seems totally ridiculous, but you have to start small and I think we’ve managed to do something pretty cool. You can watch it here:

We weren't trying for November Rain, but something simple, putting across the idea of a relationship building up passive-aggressive pressure. It’s a little story that might be familiar, and one of the things we learned was how hard it is to get that story across without making it confusing or messy.

We filmed far more than we could fit in and in the end, after Kier played around with the edit, most of the ideas we filmed on the day were taken out. Jim had done such a fantastic job capturing what our two protagonists were doing, we needed to give it time for each shot to play out.

Partly because they did so much cool stuff. We almost went too far the other way, turning it into a showreel of Tracy and Nari looking moody, subtly glancing and having the most excruciatingly real argument I’ve ever had the fascination of watching unfold without be able to intervene. We understand how lucky we are to have talented friends who are happy to lend us their abilities in exchange for snacks and expenses, purely because they like us as people for some reason. I know, I’m as surprised as you are.

We’ve already got a treatment and started concept-testing for the next one. It’s a song you haven’t heard yet, and the concept should look really interesting if it works, so more on that in the coming months. In the meantime, I hope you like this one and please let us know what you think, even if it’s just to say “ME LIKE RED PLATE SMASH”, because me like red plate smash too.

PS I also want to thank Justine Trickett who shot some lovely stills and was generally great in her visual direction. Kier and I need that kind of thing more than some, because (plot twist) we’re both a little bit colourblind... 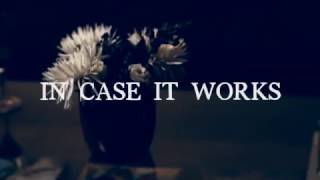 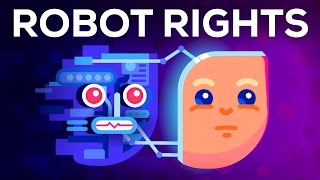